​Overview
The SmartRock 3 is a compact and rugged wireless concrete sensor. It is installed on rebar with a maximum of 50mm concrete cover, and via Bluetooth, allows real-time temperature monitoring via the Giatec SmartRock App (the full version is free and available for both Apple and Android smartphones). 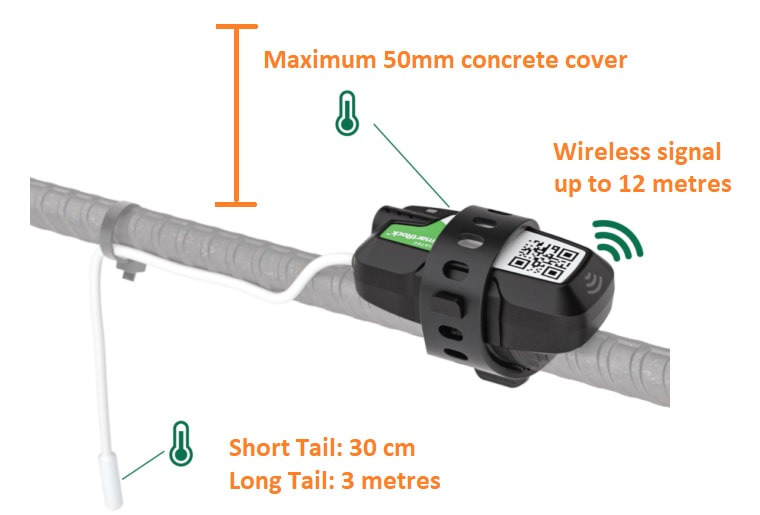 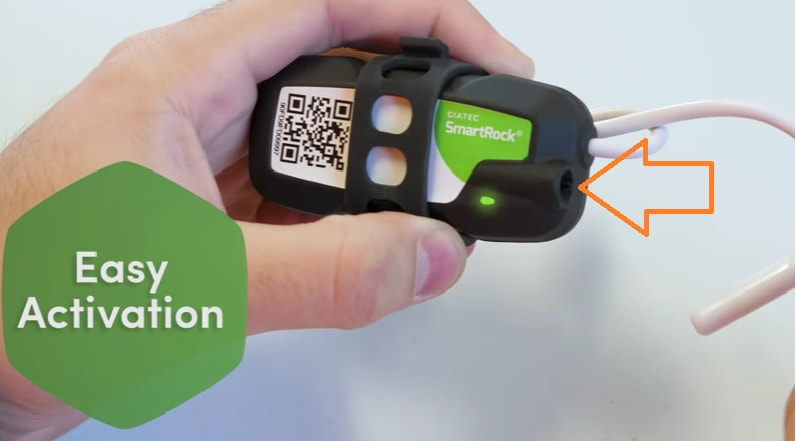 When you receive your SmartRock3, the tail will be secured in the socket highlighted by the orange arrow above. To activate the battery, you remove the tail from the socket. When you "tag" your sensor, you would remove the tail, identify that sensor through your smartphone, and you would then replace the tail in the socket to conserve the battery if you are not also installing the sensor at that time. The battery life is approximately four months.
Website by Envisionet